Paolo Ventura Carousel is an exhibition at the CAMERA - Centro Italiano per la Fotografia. It is one of the most interesting and fun exhibition so far this year. 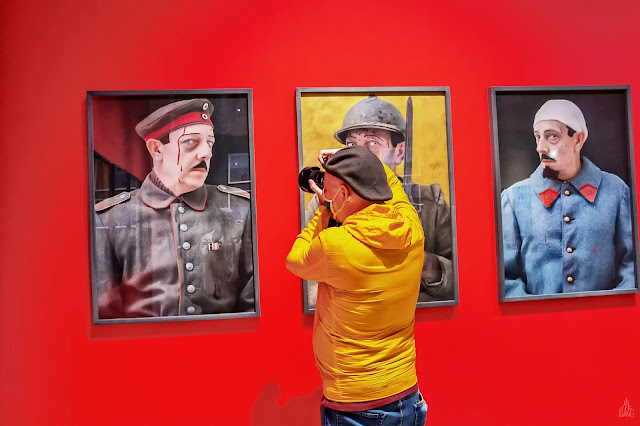 From 17 September to 8 December CAMERA hosts Carousel, a journey within the eclectic career of Paolo Ventura (Milan, 1968), one of the most recognized and appreciated Italian artists in Italy and abroad. 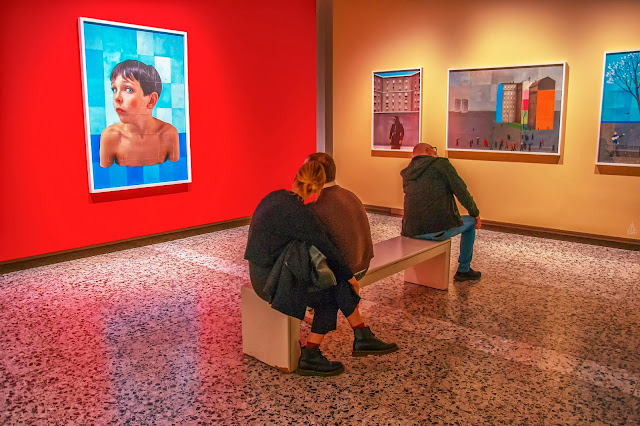 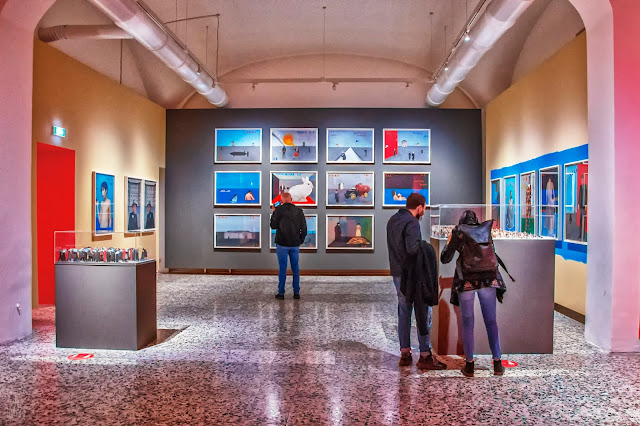 After working for years as a fashion photographer, at the beginning of the 2000s he moved to New York to devote himself to his artistic research. From his earliest works, he combines great manual skills with a poetic vision of the world, building sets within which short fairy-tale and surreal stories come to life, then immortalized by the camera. With "War Souvenir" (2005), a reworking of the atmosphere of the First World War through small theatrical sets and puppets, he obtained his first important awards, such as being included in the BBC documentary "The Genius of Photography" in 2007. 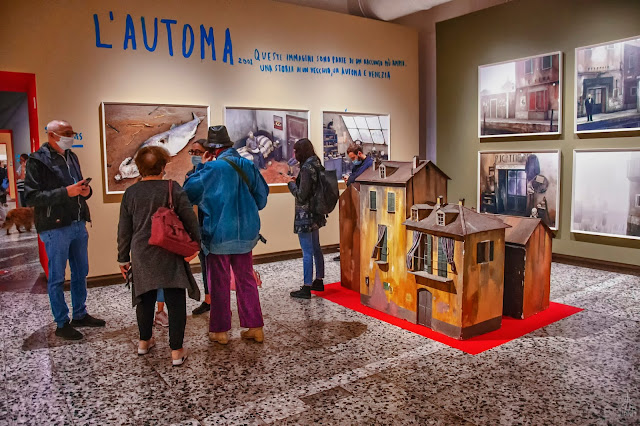 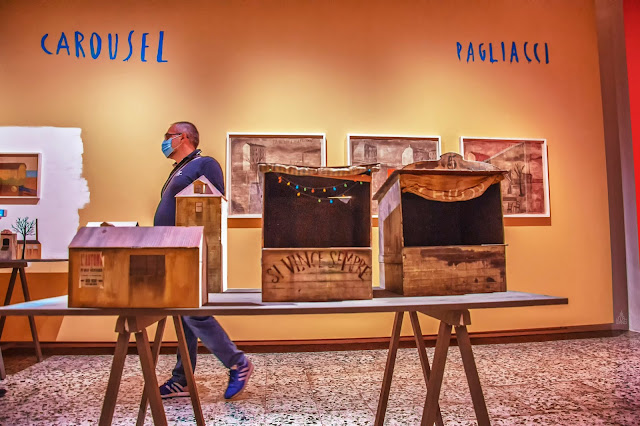 After ten years in the United States, he returns to Italy where he realizes some of his most famous projects, within which he mixes photography, painting, sculpture and theater, such as in the scenography of "Pagliacci" by Ruggero Leoncavallo, the result of the important collaboration with the Teatro Regio di Torino, of which CAMERA exhibited some preparatory works in January 2017. 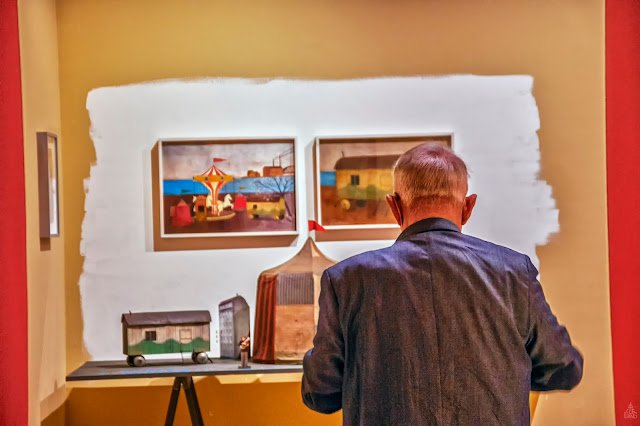 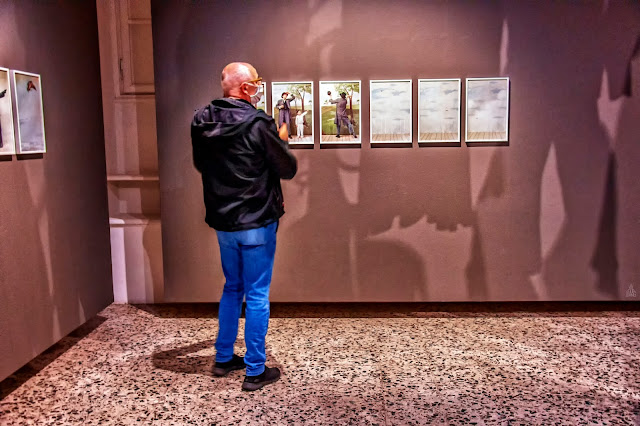 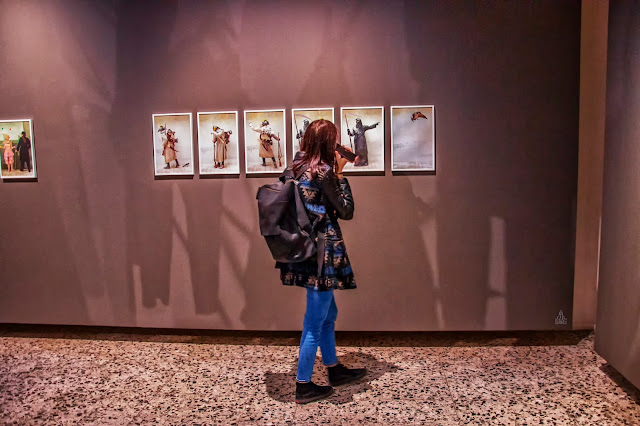 On this occasion, the rooms of CAMERA present some of the most evocative works of the last fifteen years - from various collections, as well as from the artist's studio - in an absolute mixture of languages ​​that includes drawings, models, sets, papier-mâché masks and theatrical costumes. However, it is not a linear path or a retrospective, but rather a staging of all the recurring themes of his poetics, among which that of the double and fiction stand out. Two unpublished projects are also on display: «Grazia Received», an affectionately ironic reinterpretation of the ex voto theme, and "La Gamba Ritrovata", the result of a residency carried out at the Central Institute for Catalog and Documentation in Rome, launched thanks to collaboration between CAMERA and the ministerial body. 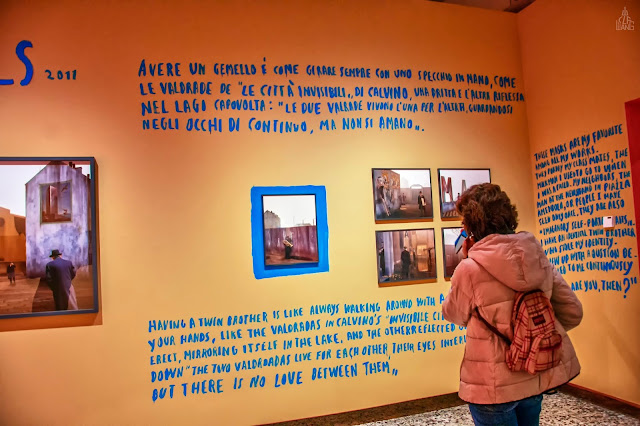 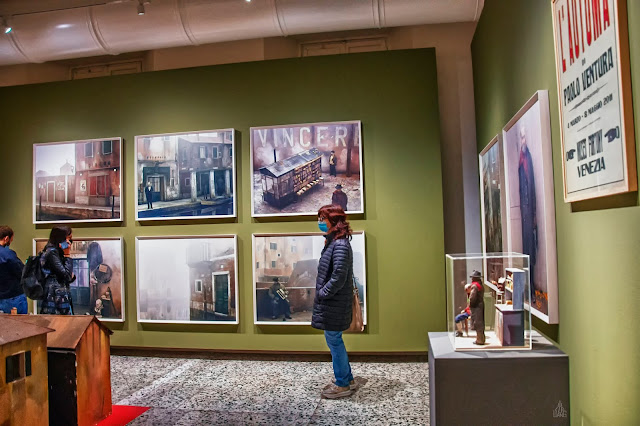 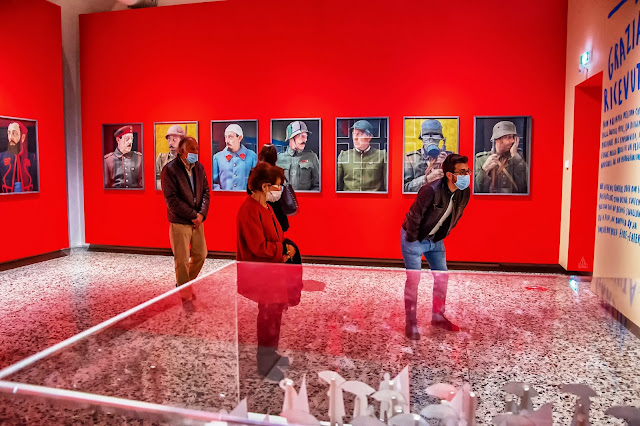 I especially like the last photo you shared. The glass display in the foreground adds a filtering effect to those enjoying the exhibit.